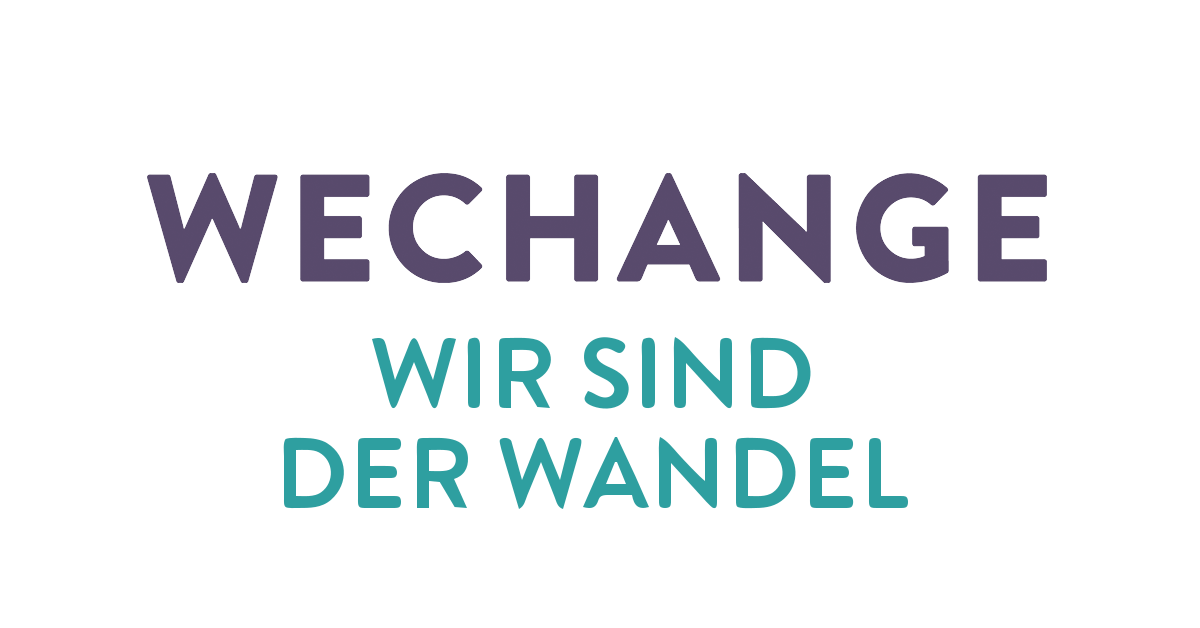 The WECHANGE cooperative solves this problem by supporting organizations in orderly digitization and offering a platform that integrates the most important tools.

This article is the second of our series “Digital Networking of the Transformation Movement“.

WECHANGE is an online collaboration platform for eco-social change. Changemakers can register, advertise their work, and get to know each other. The platform also offers convenient functions for working together on projects.

Is it an existing platform solution or your own development?

WECHANGE was developed individually by the Berlin media agency Sinnwerkstatt. However, the platform also integrates some existing tools, such as EtherPad.

Why was that decision made?

From the start, the platform was developed together with its users. There was a concrete need for a consistent toolkit for collaborative project work. At that time (2014), only a few existed, and they were all commercial. Since the users had no interest in a proprietary solution, an individually developed open source solution was implemented.

What is the purpose of the platform?

Actors of change should be supported in their work. WECHANGE lists its purpose in three areas:

WECHANGE has been a finished product for several years, but it is being continuously refined.

Furthermore, WECHANGE is involved in events, e.g. as co-organizer of PlatformCoops Germany in Berlin. WECHANGE is also present abroad, most recently at UkraineLab 2017, a forum for Ukrainian civil society.

A really effective multiplier, of course, is the users of the platform itself, which are sometimes whole networks.

As of December 2017, WECHANGE estimates their community as follows:

In addition to wechange.de, there are also six other portals that have the same look & feel but are exclusively available for the respective organizations.

The overarching theme is, of course, eco-social change. Thematically, it cannot be narrowed down further, because WECHANGE is used by a wide variety of project groups. From a technical point of view, the focus is on online collaboration, with networking and visibility as results.

Teams get together in projects. If there is an organization which has several projects running in parallel, it can open a “group” and pool the associated projects.

Within the projects there are the following functional areas:

WECHANGE already has a large number of users from the German-speaking change movement. It is one of the few cooperatively organized platform operators.

There are several commercial providers of collaboration tools, for example Atlassian with Confluence. But there are also open source providers like Taiga which has a focus on agile project management.

The platform has been implemented with Python and Django. Hosting is carried out on behalf of WECHANGE eG by Hetzner. For each portal, an independent WECHANGE instance can be created. At present, all platforms apart from the project world DRJA share a common login and database service.

Is the platform an open source solution?

Yes. The code is located on the GitLab server of Sinnwerkstatt. So far, however, there is no process to involve external open source developers in the programming.

It is possible to download the entire code and set up your own WECHANGE server.

Disadvantage: expenses for installation and maintenance, no networking with WECHANGE users possible. Popular web hosting offers are usually more expensive than the 5 euros per group for using wechange.de.

Yes, currently, for example, the event calendars of projects can be read out via iCal.
At the moment, an API is also in the trial phase to allow processing public content via WordPress, for example as a landing page. Other interfaces, e.g. WebDAV, are in planning.

WECHANGE offers usage of the platform according to a freemium model. For end users, it is free. Groups, for example, pay 5 euros per month, portals 100 euros per month.
So far, no call for donations has been started.

An extension of this business model is planned for the second quarter of 2018.

In terms of figures, revenues are rather humble. Using the public group and portal numbers for calculation, these add up to approximately 2,000 euros per month in turnover.

Behind WECHANGE is currently a team of 15 employees. There are personal connections with Sinnwerkstatt and netzwerk n, among others.

WECHANGE has its office at the ThinkFarm Berlin. This is an office community in which people working for social change meet.

What legal structure do the creators have?

Registered cooperative. The charter of WECHANGE eG can be viewed on the website.

There are possibilities for cooperation. Also, anyone interested can become a member of the cooperative; a share costs 100 euros.

Yes, among others with us, the green net project 🙂
However, the list of partners quite long and can be viewed online: https://wechange.de/cms/partner/

There was also project funding by the Federal Ministry of Education and Research, as well as the Foreign Office.

This year, the business model is to be adapted to become financially viable. There is also a larger project to use WECHANGE in the sense of an active citizen participation in the Kiel region. A central step in the development process will be the optimization of the search function.
Further project applications have been submitted, but are not yet ready for publication.

WECHANGE has a fairly large number of users and is in close contact with the change movement of the predominantly German-speaking region. It provides useful functions for project work and also promotes the networking of the movement.